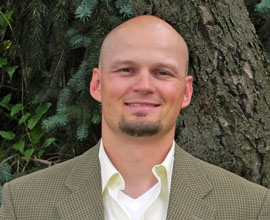 An Austrian native, Andreas Hinterplattner began his career in the insurance industry, but quickly moved into management, sales, marketing and customer relations. Early on, he was fortunate enough to work for several high-profile global automotive brands, including Toyota, Lotus Cars, Volvo Cars, Mercedes Benz, Fiat, Alfa Romeo and Lancia. Being mentored by some of the best minds in Europe at a young age was priceless for his professional development.

He also continued to pursue his passion from college: American style football. As a team member of the Vienna Vikings he won four National Championships, two Junior Championships and appeared in nine Bowl games. He was a long-time player for the Austrian National Team and was nominated to the All-European 2nd Team in 1999.

Since retiring as a player in 2002, Andy continued to develop his team skills and coaching abilities as the defensive backs coach for the Vienna Vikings, enjoying numerous Bowl and Championship victories. Since 2006, he has served as the Defensive Backs Coach for the Austrian National Team, helping to lead them to the 2011 World Championships in Austria, and was also the Defensive Coordinator for the Austrian Junior National Team during the 2008 European Junior Championships.

I believe that in the creative field, team members need to be free of corporate restrictions and feel encouraged to share fresh ideas in a collaborative environment.-Andreas Hinterplattner

These playing and coaching experiences have helped Andy to hone his natural drive, intellect, ambition and leadership abilities, all of which he brings to his role at ASM in the areas of operations, finances, research, digital advertising, analytics and reporting. His management philosophy is to lead by example and to thoroughly analyze data before making decisions.

Meet the Rest of the Team!