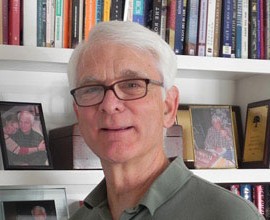 Harry DeMott Sims III is a seasoned veteran in the world of books and the field of education. He has taught writing to literally thousands of students for over three decades, owned and operated a successful bookstore in Santa Barbara, California, written dozens of book reviews and assorted journal articles, and worked as an editor for a major West Coast literary agency. Throughout this time, he has also worked as a freelance book editor, assisting with a variety of projects from preliminary outlines to final edits for a wide range of books including several bestselling novels. Some works that he’s edited include: Burning Moon: A Wil Hardesty Novel and Echo Bay, both by Richard Barre, What Do You Stand For? Stories About Principles That Matter, by Jim Lichtman as well as several others currently being published for release in 2011 and 2012.

Harry has appeared as a guest judge for BookRix.com writing contests numerous times, dedicating his expertise to the next generation of writers and imparting his wisdom of words.

Meet the Rest of the Team!